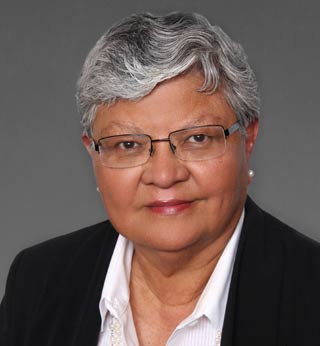 Mercedes Zaragoza Wheeler was raised in Holtville, California. Upon marriage to her husband, George C. Wheeler, she became a resident of Brawley, California, where she remains today.

Mrs. Wheeler joined the law firm of Horton, Knox, Carter & Foote as a Partner in 1991. A successful attorney with a longtime practice in Brawley, she has extensive experience in the areas of business, real estate, estate planning and probate law.

Mrs. Wheeler is the widow of her beloved husband, George C. Wheeler, former Manager of the Water Department of the Imperial Irrigation District.